Do you know birds living in your city?

An increasing number of birds live in the cities. They are better and better adapted to urban environment – they are not longer skittish, don’t fly south in the winter, look for unusual food and places for living. The cities are attractive to them due to higher average temperature, smaller temperature amplitudes and greater availability of food. On the other hand birds are exposed to many dangers related to the breeding and feeding areas. Renovation and insulation of buildings cause the removal of gaps and holes, which could be colonized by birds. This type of work is particular risky during the breeding season, when the young are in nests. Improper management of urban greenery can lead to loss both breeding and feeding areas, when old trees are cut out and foreign plant species are introduced. The glass buildings and protective screens are dangerous for birds mainly during their migration and when young leave the nests. The most popular, but ineffective method of keeping the birds out from them are stickers with birds of prey. Is worth to remember that intentional destruction of nests is contrary to the Nature Conservation Act. This procedure applies mostly to the species considered as nuisance – feral pigeons, rooks and common house martin. To helps birds live better in the cities we can e.g. hang breeding boxes, plant more trees and other plants, provide fresh water (especially during hot weather and winter), and feed them properly.

Crows can be found in Polish cities very commonly, but they are often mistaken with each other. The Table below presents the 4 most frequently occurring species. 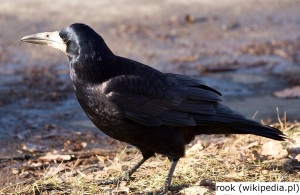 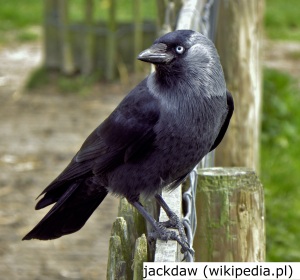 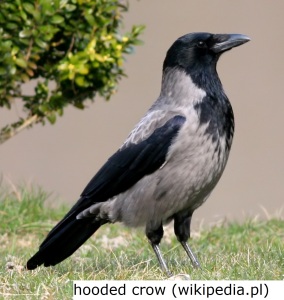 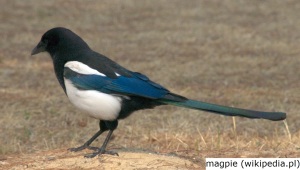 Other species that are often mistaken with each other are: house sparrow and tree sparrow, common starling and common blackbird, swift and swallow. The tree sparrow in contrast to house sparrow has black spot on the white cheek. Also house sparrows exhibit strong sexual dimorphism – female is brown and grey, and male has gray top of the head, brown strip across cheek and black bib. Both species live in cities parks and feed on seeds and insects. 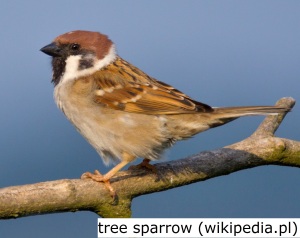 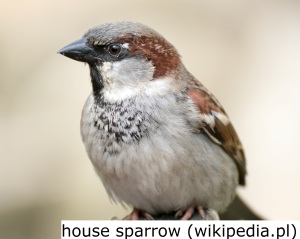 The common starling has glossy black feathers with metallic sheen. It feeds mostly on insects and fruits. The sexual dimorphism of common blackbird is quite marked – male has black feather and yellow eye-ring and female has brownish or grayish feathers and the ring is paler. Quite often both species don’t fly away to south in the winter and stay in the cities 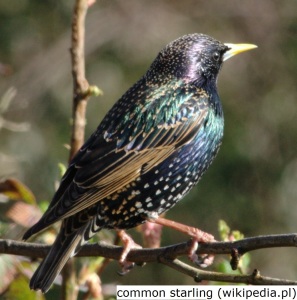 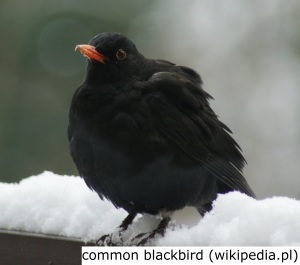 The swift and swallow have slender body, long, pointed wings, and forked tail. Despite they are not related, their similar life styles based on catching insects in the flight, caused their high similarity. The main difference is plumage – swift has uniformly dark feathers and living in the cities common house martin has pale belly. In both species males and females are hard to distinguish. 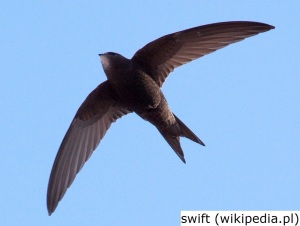 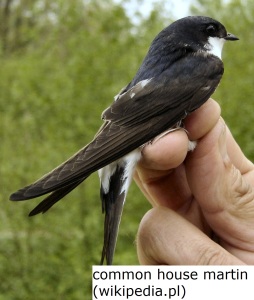 It is difficult not to mention about pigeons, when you write about urban birds. In Polish cities you may find collared dove (with characteristic black and white half-collard), common wood pigeon and of course feral pigeon. The common wood pigeon is the largest species in its family and more often can be seen outside its natural environment, which are leafy forests. 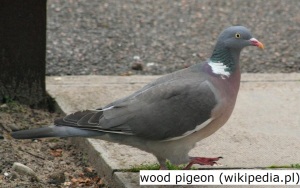 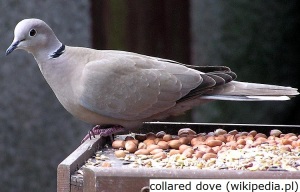